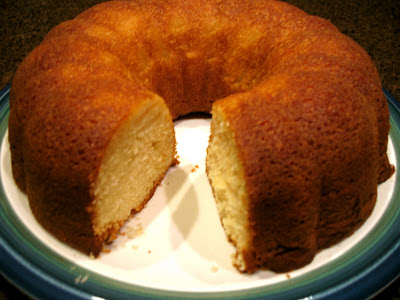 I've missed baking with the HCB group, but the last couple weeks my foot just wouldn't tolerate it. When I read through this recipe I thought I might be able to make this one even though I would still be on crutches because it really looked very simple. The weekend before I realized that I could use one of our rolling office chairs to get around the kitchen and get ingredients out. So, I had my husband pick up the almond cream and pears at the store. I had never purchased almond cream before but I thought I remembered seeing it near the chocolate. I found it online and showed him a picture before he went to the store.
First I made the almond cream. It was pretty simple to make. The food processor does all of the work. (The small bowl and blade worked great for this and took up less space in the dishwasher.) The hardest part for me was getting the ingredients out and doing the dishes afterwards. It's amazing how long it takes to get ingredients out when you can't walk around the kitchen. I was glad the recipe said it could be refrigerated because I could really only handle a short amount of time in the kitchen. 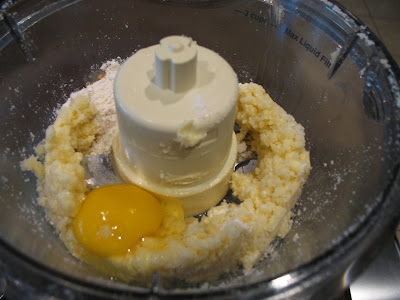 After a little break I got out the ingredients for the batter and mixed up the batter which was also very simple. I made the trough around the inside of the batter for the cream. When I added the cream I wondered if the trough was really wide enough or deep enough because the cream didn't all fit in there. 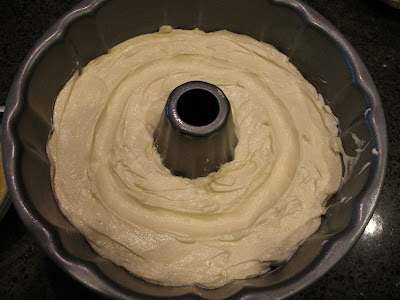 I think I misread the directions a little. When I read that the pears needed to be sliced in 1/8th inch slices I was thinking about the slices I would normally cut for a fruit salad. Then I thought the pears were only supposed to go over the cream and not layered over the whole top of the batter. I thought something seemed off, but I just went with it. 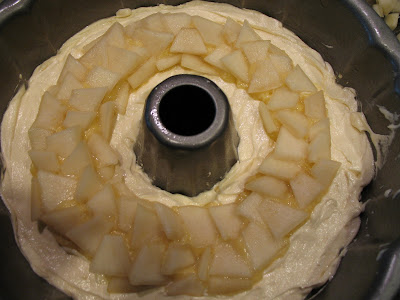 The cream spread a little on the top of the cake. I was a little concerned it was going to burn, but it looked okay when I pulled it out of the oven. 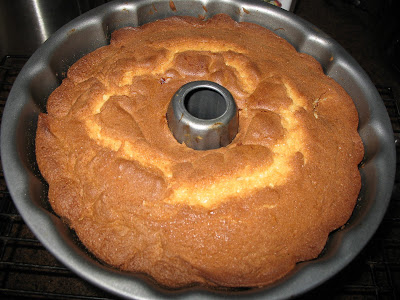 This cake was very simple, but it tasted really good. The crumb was very small and soft. My husband really liked how the outside was hard and slightly crunchy, and the inside was very soft. It definitely could have used the extra pear that I left out, but that's okay. 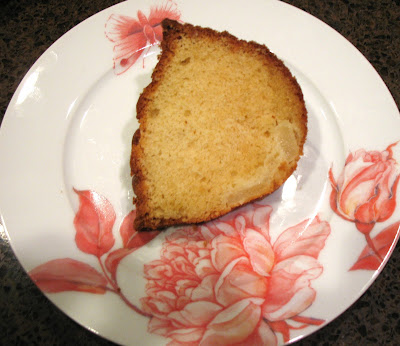 Andrea
I'm a former software engineer and stay at home mom (for now). My son keeps me pretty busy but I have a few hobbies to help me fill the rest of my time (and make it so my house isn't near as clean as I'd like). I started running in 2003 in order to keep off weight that I lost a couple years earlier. I've run 7 marathons and dabbled in triathlons (doing one half ironman). My last marathon season left me injured, and while I continued to workout most days still I ended up finding a new hobby to keep me busy while I recovered - baking and cake decorating. I'm back to running again, but I still love to be in the kitchen cooking and baking. 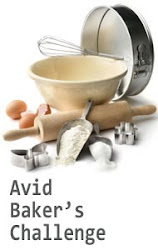